Obviously astrology has much to offer psychology, but what the latter can offer its elder sister is less evident. So far as I judge, it would seem to me advantageous for astrology to take the existence of psychology into account, above all the psychology of the personality and of the unconscious. - Carl G. Jung

We are born at a given moment in a given place and like vintage years of wine we have the qualities of the year and of the season in which we are born. Astrology does not lay claim to anything else. - C.G.Jung

Synchronicity does not admit causality in the analogy between terrestrial events and astrological constellations ... What astrology can establish are the analogous events, but not that either series is the cause or the effect of the other. (For instance, the same constellation may at one time signify a catastrophe and at another time, in the same case, a cold in the head.) ... In any case, astrology occupies a unique and special position among the intuitive methods... I have observed many cases where a well-defined psychological phase, or an analogous event, was accompanied by a transit (particularly when Saturn and Uranus were affected). - Carl G. Jung

Astrology is one of the intuitive methods like the I Ching, geomantics, and other divinatory procedures. It is based upon the synchronicity principle, i.e. meaningful coincidence. ... Astrology is a naively projected psychology in which the different attitudes and temperaments of man are represented as gods and identified with planets and zodiacal constellations. - Carl Gustav Jung

The starry vault of heaven is in truth the open book of cosmic projection, in which are reflected the mythologems, i.e., the archetypes. In this vision astrology and alchemy, the two classical functionaries of the psychology of the collective unconscious, join hands. - Carl .G. Jung

Astrology is of particular interest to the psychologist, since it contains a sort of psychological experience which we call projected - this means that we find the psychological facts as it were in the constellations. This originally gave rise to the idea that these factors derive from the stars, whereas they are merely in a relation of synchronicity with them. I admit that this is a very curious fact which throws a peculiar light on the structure of the human mind. .... Carl G. Jung in 1947 in a letter to prof. B.V. Raman

So far as the personality is still potential, it can be called transcendent, and so far as it is unconscious, it is indistinguishable from all those things that carry its projections...[that is,] symbols of the outside world and the cosmic symbols. These form the psychological basis for the conception of man as a macrocosm through the astrological components of his character. - Carl G. Jung

Our modern science begins with astronomy. Instead of saying that man was led by psychological motives, they formerly said he was led by his stars. ... The puzzling thing is that there is really a curious coincidence between astrological and psychological facts, so that one can isolate time from the characteristics of an individual, and also, one can deduce characteristics from a certain time. Therefore we have to conclude that what we call psychological motives are in a way identical with star positions. Since we cannot demonstrate this, we must form a peculiar hypothesis. This hypothesis says that the dynamics of our psyche is not just identical with the position of the stars, nor has it to do with vibrations - that is an illegitimate hypothesis. It is better to assume that i is a phenomenon of time. ... The stars are simply used by man to serve as indicators of time... - Carl G. Jung in 1929

It is indeed very difficult to explain the astrological phenomenon. I am not in the least disposed to an either-or explanation. I always say that with a psychological explanation there is only the alternative: either and or! This seems to me to be the case with astrology too. - Carl G. Jung in a letter to Hans Bender, April 10, 1958, Carl G. Jung Letters, Volume 2, 1951-1961, p. 428.

The truth is that astrology flourishes as never before. There is a regular library of astrological books and magazines that sell for far better than the best scientific works. The Europeans and Americans who have horoscopes cast for them may be counted not by the hundred thousand but by the million. Astrology is a flourishing industry. ... If such a large percentage of the population has an insatiable need for this counter pole to the scientific spirit, we can be sure that the collective psyche in every individual - be he never so scientific - has this psychological requirement in equally high degree. A certain kind of "scientific" scepticism and criticism in our time is nothing but a misplaced compensation of the powerful and deep-rooted superstitious impulses of the collective psyche. - C.G. Jung, Two Essays on Analytical Psychology

While studying astrology I have applied it to concrete cases many times. ... The experiment is most suggestive to a versatile mind, unreliable in the hands of the unimaginative, and dangerous in the hands of a fool, as those intuitive methods always are. If intelligently used the experiment is useful in cases where it is a matter of an opaque structure. It often provides surprising insights. The most definite limit of the experiment is lack of intelligence and literal-mindedness of the observer. ... Undoubtedly astrology today is flourishing as never before in the past, but it is still most unsatisfactorily explored despite very frequent use. It is an apt tool only when used intelligently. It is not at all foolproof and when used by a rationalistic and narrow mind it is a definite nuisance. - C. G. Jung: Letters, volume 2, 1951-1961, pages 463-464, letter to Robert L. Kroon, 15 November 1958 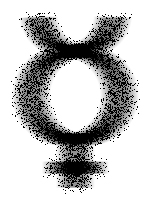