It has now been forty years since the fabled moon landings by NASA and the Apollo gang. When it comes to the subject of the moon landings, people tend to fall into two belief groups. The first group, by far the bigger of the two groups, accepts the fact that NASA successfully landed on the moon six times and that 12 human beings have actually walked on the surface of the moon. The second group, though far smaller, is more vocal about their beliefs. This group says that we never went to the moon and that the entire thing was faked.

Furthermore, this third position reveals that the great filmmaker Stanley Kubrick is the genius who directed the hoaxed landings.

But why fake the moon landings at all? What would be the motivation? Authors Joseph Farrell and Henry Stevens both have shown us undeniable proof that Nazi scientists had developed advanced flying saucer technology as early as 1943. These authors also show that the US Government brought these same Nazi scientists into this country in order to build these highly advanced flying machines.

Furthermore, they believe that the idea that aliens from outer space are invading the Earth is a clever cover story concocted by NASA to hide this technology.

Many sources inside the military industrial complex have related to me that after John Kennedy was shown the flying saucer technology early in his Presidency, he realized that the advances in technology promised by the flying saucers could solve many of the pressing problems of the world. He saw that releasing this exotic technology would point the way towards cheap and environmentally friendly energy among other things.

Soon after seeing the flying saucer technology, JFK made his famous speech asking NASA to land a man on the moon before the decade was out. Many insiders believed that this was a ploy by JFK to get NASA, and the secret government, to release their saucer technologies. Since it was obvious to everyone that standard rocket technology could not get man to the moon and back, JFK may have thought that NASA would be forced to release the knowledge of the technology behind the flying saucers in order to fulfill his vision and get to the moon by the end of the 1960s. JFK's ploy was therefore intended to free this advanced technology from the insidious hands of the shadow government.

After the assassination of Kennedy in 1963, NASA began a new plan that would solve the problem that JFK initiated. This new plan would allow NASA, and the shadow government, to keep the saucer technology secret and to still make it look like standard rocketry had taken man to the moon and back.

Someone high up in the shadow government decided to fake the entire series of moon landings in order to conceal the United States' extremely new and advanced Nazi technology both from us, the citizens, and our enemies. In some ways NASA's position on this was understandable. We were in the middle of the cold war with the Soviet Union. Did we really want to show the Russians what we had?

Re: "How Stanley Kubrick Faked the Apollo Moon Landings" -

And because in that time the USSR was better in space science development the Americans faked that moon landings !
Cant be sure about that neither but still its a logic theory 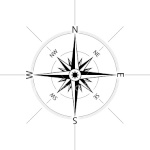