I want to help

I want to help

New here. Just bought a scanner and I want to contribute to this site. What do I do?

you can also go to the bibliophilia section and fulfill peoples requests
as for posting it in submissions
im pretty sure you have to forward everything you scanned or got to the admin the admin sorts it out and such and then it gets put in the next submission, i think thats how it works, maybe. but for a definite answer you can always try to contact the admin : /

Yeah, maybe an admin will appear.

It takes so much time to scan something, so it's best to check if your text is already available. You can ask the friendly people on this board, for example.

I'll make a list of the books which I think would be of interest (I'll check the content of the previous torrents). Then I need the users (or admins) to manifest themselves. Is that ok?

The Release Index is a good resource for checking whether something has been released already. The link is at the top of every page.

There are a few ways to submit material for a future Release. One is to upload it to a file storage site of some kind, then email a link to the file to occult [ dot ] digital [ dot ] mobilization [ at ] gmail [ dot ] com. This is the tried-and-true method that has been used since the project began several years ago. If the files are small enough, you could even attach them directly to the emails themselves. The other methods are mostly variations on this one, and some of them are downright complicated, so this is the recommended route to take.

As for admins being around, I can't speak for the others, but I'll try to be around a bit more in the future. I just finished moving, so it's taken a bit of time to settle enough to think straight, but things are returning to "normal". 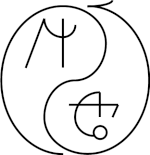 Thanks for the replies. I just sent one .pdf to your email.

Next books: "The Pillars of Tubal Cain" and "Kashmir Saivism: The Central Philosophy of Tantrism". Any objections, let me know.

Please someone answer my emails.