This will be brief, as it's the middle of the night where I am, and I'm busy rebuilding the Release Index.  We have a new method for submitting resources for consideration in future Releases.  In the past, we've asked these to be emailed to the group address, and while that will still work, you can now also simply upload them to a Dropbox account we've created just for the purpose.  Here's the link:

NOTE: Dropbox will ask for a name in order to upload files. Please use your forum name for this, as your files' names will be changed to add the name you provide. This is meant to prevent issues when multiple people upload a file with the same name. We will remove your name from the files' names long before release in any case.

We do have a fairly small size limit, so email before submitting videos and other files larger than 50 or so MB so we can check whether there's enough space there first.  Of course, if your own Dropbox has plenty of space, you can always just share it with us from there directly - just use the group's email address for that.

Hopefully this will make things easier to get to us so we can review it and release it!  In the meantime, back to work with me...

filled it up; sorry

I'd been watching the global announcements but hadn't come across this old post after joining because submissions hadn't been open and this wasn't referred to in your reply how to submit material.  Sorry: I filled up the submissions area... but I have several or a few tens more GB stuff to share depending what you don't have.  Even if you don't ave the Library of Doge 1.5, Library of Atlantis, Library of Babylon, or The Temple of Solomon The King collections, I'm omitting those because they're already in other torrents.  I also have a list of several occult archive sites with free stuff I haven't downloaded and some of it you don't have... but as long as those sites are up or maybe at least on the Internet Archive (IA, archive.org) I'm omitting those also... IA and Project Gutenberg also have a lot of stuff that's rather occult but it's all public domain or free anyway and they're major sites.

I dislike Dropbox in comparison/contrast to FTP.  Dropbox asked for my name, which I thought I had to enter, then altered the file names by adding my name onto the beginning.  Of course, I need that removed (messaged Admin about it) because it's not my work, not right, and an anonymity/security/etc. issue.  I hope you'll rename a lot of the filenames anyway to be less messy, more consistent, and in the format you want in a way that's easier to use for everyone. 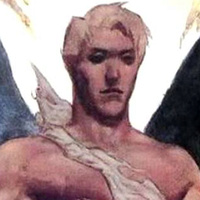 Your name will be removed long before release, yes. It's simply added to ensure your submissions don't get lost if someone else uploads a file with the same name as one you submitted. In the future, feel free to use your display name from the forums instead of your legal name.

I've moved your submissions out of the way, so you (or anyone else) can upload more, now! Sorry about the limiter, there. Dropbox won't let us use any more than 2GB because we aren't paying anything.

Thanks!  One thing I wanted to share, but not sure it got through, was an archive site (almost all original material, but some audio, etc.) of a leader of several occult/Kabbalist/Gnostic/etc. orders.  It would've been the 1.3GB .ZIP file I tried to upload, then it said it was full, then I got an email it was uploaded... but perhaps you only got part?  If I use 7-zip, I can get it down to 1.1GB; would that be a preferable compression format to compress everything since I have so much stuff?  Maybe I need to just post a list here to see if you have some of it or other editions, or learn how to use a search of all the files?  I know there's some GB of stuff you don't have and may not be in a newer occult person's/group's torrent, but sometimes people submit stuff like without the author or occult group in the ebook filename then it's not found (and I do have searches for a file manager and command-line, but maybe the index server works better?)... so I'm just wondering if it worked so far and how to go about this.

That's what the Index is for, mostly: to help prevent duplications! I generally search by parts of the title to see if I can find what I'm checking for that way - the search is pretty powerful about letting words be in any order and the like.

There is a file that size in what I've got here, so I think it made it through.

I'd just been going through my archive and checking your release index, finding some stuff you don't have and preparing to upload... but now the Drop Box link is gone? Wondering if you've closed submissions for a while or that's just a mistake and it should be back a.s.a.p.?

The link above is still working from here...

The link is non-underlined (confusing) but I found it again.  I've been uploading but likely may run out of space without help/suggestions/instructions on compression (may I use 7-Zip/7Z, then you decompress?) and on inclusion criteria, and duplication.

For example, philosophy/religion (overlaps like in Dharma, which is both) include exoterism (non-occultism) but most esoterism (occultism)... even by the same groups/authors... I have a 1.1GB .7z ebook-only archive on Hellenismos (ancient/Classical & revived/reconstructed Greek philosophy/religion/'paganism') but besides esoterism, there's plain philosophy, standard worship stuff, even mixed in esoteric versions of the system.  Problems with the Greek archive is I save most ebooks in most main formats, like often .TXT, sometimes .HTML, .EPUB and/or .PDF if possible, and occasionally .MOBI & .AZW., and for I may have 10+ translations of a couple books.

Are there certain formats you'd sometimes/mostly/always omit, or some both can be used, or one preferred?  So far I omitted some .TXTs that might've been unique just because some were my own irrelevant compilations, and some public/ancient stuff, because one can accidentally overwrite .TXTs.

That archive includes one website (still up) and many ebooks from Project Gutenberg and/or the Internet Archive including some esoteric but maybe hard to find unless you know author and that they're there... of course, since already/still out there, should I omit those?

I thought I'd replied to this already, sorry.

We tend to prefer PDF, but translations are always welcome, especially if the language in question is properly tagged on the file.

Of course, the preference for PDF hasn't stopped us from releasing EPUB files as well, sometimes. Website archives are always tricky, but we'd probably ZIP them up into a single file for a Release. It looks like you've been doing that already for us, so just minor cleanup on our end.

I've been trying to keep an eye on the uploads folder so I can clear it out regularly for more uploads. Generally, you should be able to resume uploading the next day at the latest, depending on what time of day you're uploading at.

Pardon my shock, but today is the first time I've seen anything from Digimob in years. Glad to see the ressurection.