I am very pleased to be here.

I suppose I might be on the "theoretical" end of things, but I don't find this in any way inconsistent with the spiritual. I am a graduate student in philosophy, which in America means that we write highly technical and precisely argued papers that are supposed to sound eminently plausible, and not invoke a lot of extra mumbo-jumbo. Academic philosophy is about (capital 'T') Truth, and not the "anything goes" variety of 'philosophy'.

Forgive me for dropping credentials; I am merely offering my services. I have subjected myself to extreme environments like anyone with a story to tell, and I feel I have honed my skills of academic philosophy and written communication to be of significant value. Philosophical rigor is not thought to be a strength of esoteric literature in general. Why is this? One reason is that much esotericism is not written for an “academic” audience. This doesn’t mean that it isn’t rigorous in an “academic” sense. For aren't we all talking about the Truth? (If anybody tells you that “everybody has their own truth”, they either do not realize what they are saying or they do. The latter would make them agents of at least slightly dark deeds, but the former is forgivable. I have no idea what people mean when they say that anymore (this happens when you teach philosophy in college)). So how do you cut through the predominance of fancy trash? How many books on Hermeticism and Magick does one need? (I don’t know, but I’ve got about 25.)

I am ever a novice. I intellectually understand esoteric wisdom and I frequently feel like I understand it spiritually (but these moments come and go for most of us).

I prefer the Tarot. Tarot is about art and creation. One must create their own deck someday.

sloughflux wrote: Philosophical rigor is not thought to be a strength of esoteric literature in general. Why is this?

Take a look at Tibetan Buddhism. Perhaps you would find that satisfying.

Here's a tiny reading list, if anyone is interested. Some books to ponder and puzzle over, not a popular guide for dummies:

Guy Newland. The Two Truths in the Mādhyamika Philosophy of the Ge-luk-ba Order of Tibetan Buddhism

Leah Zahler. STUDY AND PRACTICE OF MEDITATION: Tibetan Interpretations of the Concentrations and Formless Absorptions


I think the Zahler book and Tantric Techniques are floating about on the net. Not sure about the others.

hey man, everybody has their own truth, get down with the dark side.

I am new to this forum my self, you sound like an intresting being :-)

I just had the urge to re-write your first pargagaphy, I thought it was quite good.

Being on the "theoretical" end of things, I find this with the spiritual resonating. I am a student within philosophy, I am highly technical and precisely eminent invoking the world of Truth.

Please do tell, I am intruiged as to your intrests in philosophy, and your own inner resonate?

What kind of paper have you written?

I am currently diving into the sufi poets, which are quite simply grounding.

Once again a warm welcome. 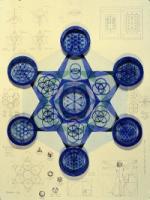